​Purpose of this Web Site

This web site provides an introduction to MoHSES™, and serves as the primary entry point to information the team will be sharing with our community. In the next few months, as we ready drafts of the standards documents, we will create a link from this page to a document repository with tools for comments and feedback to commence a dialog leading up to the initial release of a comprehensive set of standards document that would allow any interested party to create a plug and play module that would use all resources provided by the development platform.
​
The terms: MoHSES; Advanced Modular Manikin; AMM; and AMM-Compatible will be Copyrighted and belong to the MoHSES project and platform. As part of the open-standards and open-source nature of the project, they are not intended to be used as a product name, but can be used by products that comply with the standards once published.

The University of Minnesota and the Center for Research in Education and Simulation Technologies (CREST) are the recipients of DOD Award # W81XWH-14-C-0101.
​
The deliverables consist of a modular, distributed, interoperable architecture patient simulation with open standards for all the relevant data models, communication protocols, physical connectors, a reference patient and reference hardware for core resources that will be published in draft form for comments, then finalized and published. The software that is part of the core system will be made available under an open source license.

What MoHSES™ is Not

Although the name implies a manikin, it is much broader. It is a platform that brings together many modalities (Physical, VR, AR) with a common objective:
Ability to render the state of the patient so it can provide cues required by providers to make decisions.
Ability to sense actions taken by providers such that it can influence the state of the patient as required.
Ability to capture decisions and actions such that they can be used for performance evaluation.

The result of the MoHSES™ Phase II project is not a ready to ship commercial product or a package of information from which one can build a commercial product.
Rather, it is a set of standards and reference designs upon which any interested part can design and commercialize a product.
The MoHSES™ team is putting together a prototype system to demonstrate the functionality of the standards and reference designs based on work being done under other projects and some industry players.

A Complete Design That Can Be Sourced

The final deliverables of the MoHSES™ project is not a complete set of designs and specifications from which one could manufacture a complete system.
Rather, it is standards and reference designs that represent the core building blocks upon which others can create compatible segments and modules.

A Final Set of Standards

The standards that are being published, although necessary and sufficient considerations, by design are intended to be extensible by following a set of guidelines to allow for future developments.

A One Company Solution

Although a company can choose to build a complete system, the standard interfaces that have to be used to be deemed MoHSES™ compatible ensures that at the segment level, product offerings remain interoperable.
Within segments, companies may choose to be proprietary.

Although the Platform can be used to support Research Projects, the deliverables from the MoHSES™ project will be ready to be implemented into commercial solutions, with some core components set for low volume production based on demand.

As stated in the announcement for the Advanced Modular Manikin™ (AMM™) and detailed in the solicitation W81XWH-13-R-0032 from JPC-1, the program seeks to:

“Advance the state of the art in medical simulation based training. It is anticipated that the core AMM™ system will be state of the art, modular, and relatively autonomous. It will serve as a core platform that allows scaling from a simple, to a vastly more capable unit, using future commercial upgrades, “peripherals” that can be obtained from a variety of potential sources.

The intent is that the AMM™ be a platform upon which future technologies can reside through development of advanced peripherals through other efforts. It is envisioned that the advanced modular manikin be compatible with a wide array of peripherals and/or extensions leveraged with open-source / open-standard physical attachments, supply (electrical/fluid) connections and communications links. This broad AMM™ platform to be developed should have the ability to host capabilities that do not yet exist but that are anticipated to be developed within the next five to ten years. Creation of the AMM™ platform will allow for a usable manikin system that can incorporate future advances, from a variety of sources, easily into military medical training.”
​
The creation of the open-source platform and the establishment of the open-standards resides with the Center for Research in Education and Simulation Technologies (CREST), at UMN and UW.

Components of the Platform 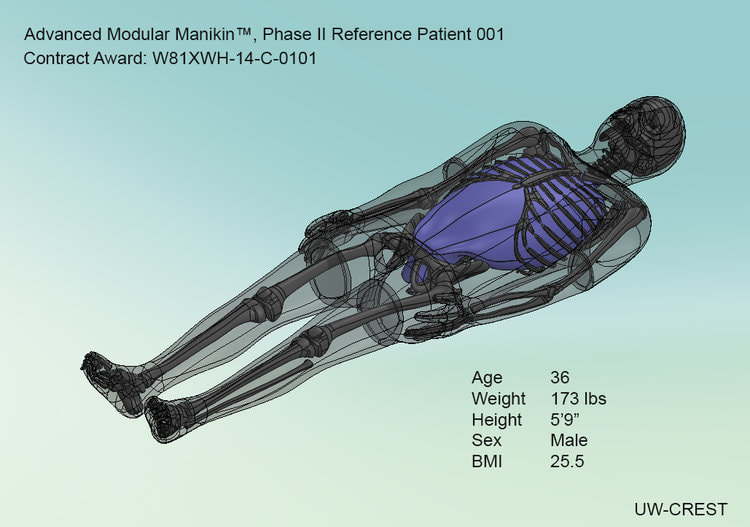 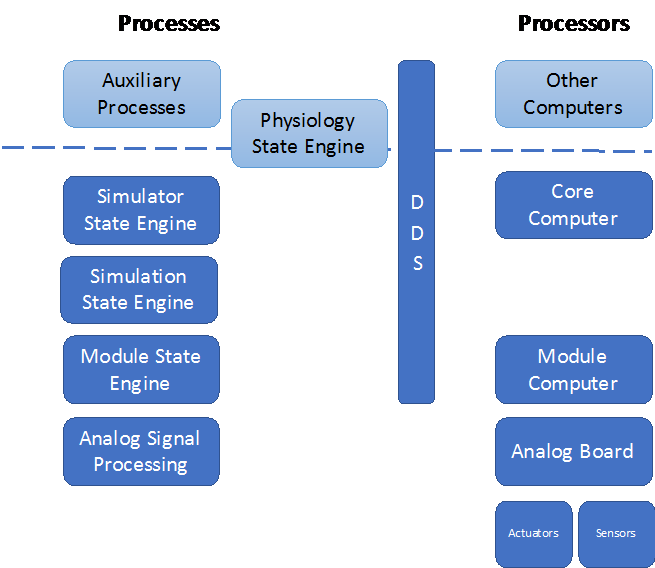 The IP directly resulting from this contract will be made available to the health care simulation community with no royalties.
​
Our community includes academic institutions, professional societies, industry participants and all other entities that would like to develop new training modules, performance assessment and management tools, scenario creation tools, as well as analytic tools. 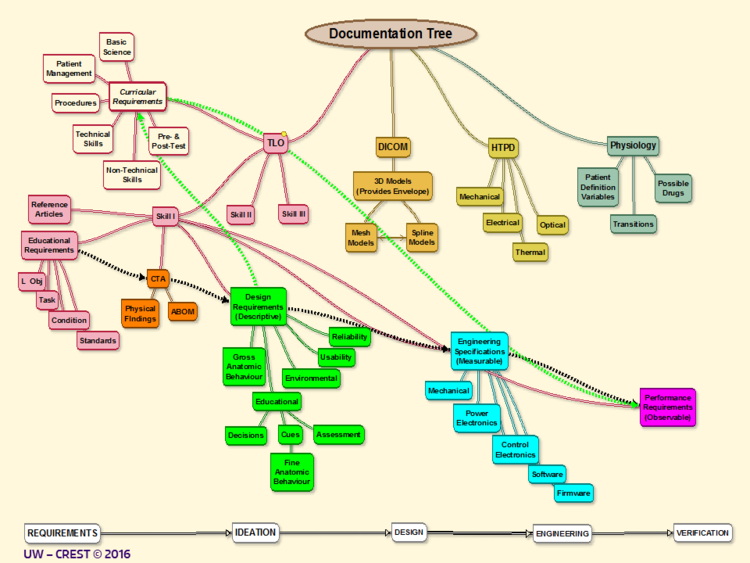